Album Review: ‘Boomtown Ghosts’ by Pint and a Half

Pint and a Half’s second studio effort, Boomtown Ghosts, finds a much more adventurous songwriter in Duke Sheppard. Whereas Sheppard showed fluency with country and rock melody on the band’s debut album, Blue Sky Earth, the full arrangements heard in Boomtown Ghosts bring much more character and emotivity to each song. The husband-and-wife duo have quickly gained access to full alt-country credentials. This is an album that will speak to people in a way they haven’t yet heard.

Formed in 2014, Pint and a Half is Duke and Tami Sheppard, longtime Salida residents. In adherence to one of the fundamental laws of songwriting, “Write what you know,” both relationships and life in their hometown enter heavily into the text of Boomtown Ghosts.

“This album is meant to play from start to finish,” Duke said.

The album unreels like filmstrip projecting translucent life-moments you can feel – and almost remember as your own. There is careful scene-setting and sense of place. Both Sheppards take character roles with nuanced vocals. There is something truly delightful in the harmony of a couple who have spent so many hours singing together that they link and unlink vibrato at will.  The two seem interested in much more than just amusing us, however. Pint and a Half has moved past being the sweet, simple country couple powering out folk songs to being a more serrated and poignant storytelling team. In this album, the Shepherds are serving hot oatmeal instead of Lucky Charms. It will stick to your bones. (The first album was “magically delicious.”)

Boomtown Ghosts growls out a chronicle of boom and bust – in a home, in a town and in the heart. The cover art recalls a time when photography was laborious and carefully composed so that as the expensive flash bulb exploded, a single image would capture the entirety of that scene. Each object and person in the photos from early railroad days is burned in with great care and detail, complimenting the way the album was produced. Sheppard employed Colorado heavyweight musician and producer Don Richmond and his Howlin’ Dog Studio in Alamosa to bring in an assortment of strings and keys that texture each song. The production itself is clean, spacious and detailed, so that when you give it proper volume, it brings you right in.

“Drive, Drive, Drive” is the musical on ramp for this album. “Nothing clears my head quite like the blacktop in the sun,” Duke Sheppard intones. He clears his head, and ours, with a simmering rocker that “blows all the troubles from the corners of my mind.” Sheppard’s quirky phrasing and flourishes, with sliding thirds, fifths and sixths on both vocals and honkey-tonk guitar define some of Pint and a Half’s unique signature, which runs throughout the album. The album begins with strong evidence of an artist that has found a stand-out voice within the genre.

The second track, “Big Creek,” reminisces about childhood summers without worries. Within a gospel structure painted with a bluegrass palette, each instrument contributes, like vocals in the choir. It hits you gently in your chest with memories of that special place that always offered excitement and made you wish you could stay awake forever so you wouldn’t miss a thing.

The story moves on as “Three Chords and a Roof” taps out a wholesome, string-band dance full of hard-working, log cabin, newlywed adoration. If you’ve got an old picture of mom, dad and baby “you,” this song will help you remember where you put it.

The title track, “Boomtown Ghosts,” zooms outward at a mountain hometown that is growing and crowding its roots again. It is told in true country-ballad style by someone who knows the town down to its carvings and secret passages. This town now has “more folks here than we’ve feet above the sea,” Sheppard laments. The track harkens back to Salida’s boomtown days and wrangles with the idea that perhaps something is lost during each boom cycle as people seek to profit. “I still can’t leave my hometown/But it seems she’s leaving me.” And so the album comes together as the etched-in but fading photo-portrait of life. It is a journey through wonderful moments, mindful of the tendency for castles to fall.

The only cover song on the album is Gram Parson’s “Still Feeling Blue.” Tami channels a full Tammy Wynette swagger while the mandolin and banjo come out swinging and smiling. It is the type of hard-luck blues number that lifts the listener out of the headier song before it and harnesses Tami’s vocal power, familiar to those who have seen her live performances.

As one one of the catchiest singles on the album, “Chinook” brings in a country-soul vibe with lap steel and accordion breezing through an airy production. Tami veers toward Leann Rimes, and Duke supports her with a bass vocal harmony that highlights the versatility of his composition skills.

A testament to how much range Duke Sheppard has found as a songwriter is “How You Pray.” Crunch pedal and slide-guitar-scream set off the edgier side of both Sheppards, as they scold:

Don Richmond supports the tale of judgment with apocalyptic rock organ. Instead of “Sympathy For the Devil,” it is a kind of “Sympathy for the Kick Ass Lord.”

The album starts to rust in the autumn-like song “You’re Always.”  Duke pulls out a ragged, wounded voice to deliver the sense of slowly fermenting betrayal from an alcoholic spouse. “You left your bottle in the baby’s room/A boy shouldn’t have to help mommy to bed.”

The mood swings rollercoaster-style to the end, up a steep climb of “Watercolor Gardens,” which is a wondrous finger-picker for a lonely soul, a la “Eleanor Rigby” coming gently loose from her moorings like dandelion seeds. Then there is the boisterous careening down to earth from the title track of their last album Blue Sky Earth. Finally, a return home to the country gospel romance of “The Moon and the Stars.”

It is unusual to find a small-town independent artist who can pull off such a nuanced and impressive theme album as well as such a quality production. This album should earn a place in the CD changer or playlist for every drive long enough to listen to its entirety. But be careful. These songs will imprint very quickly in your mind because they feel like moments you’ve experienced yourself. Pint and a Half just does them better for you.

Pint and a Half will release their CD with a show at the Salida SteamPlant on March 25.  The album will be available March 25 at iTunes, CDbaby.com and pintandahalfmusic.com.  You can also find copies at Fat Tees, Free the Monkey and Sutty’s Records in Salida. 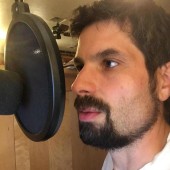 As the founder of the Ark Magazine, Jamie tries hard to support and build our local culture. It's an honor to be able to cover the Ark Valley Scene.

With all local musicians, Summerdaze Festival more like a party