Two days of thought-provoking films return to the SteamPlant

Salida Council for the Arts is bringing its popular two-day film festival back to the Salida SteamPlant Friday and Saturday, Nov. 2-3, with new films to watch, new filmmakers to meet and a new appreciation for the world around us. Films this year span the gamut between shorts, animations, comedies and documentaries and hail from a variety of sources. Some are from local filmmakers; others are borrowed from film festivals around the country. Viewers can expect to laugh, cry and most definitely come away inspired.

Kicking off the Salida Film Fest Friday night is a special program, “Celebrate Cinema with Filmmakers.” From 6 to 10 p.m. in the SteamPlant ballroom, several returning filmmakers and a few new ones will be on site showing clips from their latest projects. A moderated panel discussion with filmmakers taking audience questions will provide a way for viewers to get a deeper understanding of the films and discover what inspires the filmmakers to produce them.

Martin Jolley, board chair for the Film Fest committee, explains, “Filmmakers like talking about what they do and how they do it. It interests folks and everyone gets involved. It’s interesting to get that kind of perspective from the artists.”

Among the returning filmmakers participating in the panel discussion is Connie “Paprika” Leaverton of Howard. She will show her latest completed project, HIKO The Women Jugglers of Tonga. “As a professional juggler and filmmaker, I found this unusual women’s culture through research on my first film, Trailblazers: Women Who Juggle, so I ventured over to the island Kingdom of Tonga in the Pacific Ocean twice by myself, camera and curiosity in hand,” Leaverton says. “Six years later I have a film to share of the stories and culture of these beautiful women who graciously allowed me to share their lives of challenge, inspiration and play.”

Also returning to the Film Fest is husband-and-wife duo George and Beth Gage from Telluride. They will show a trailer from their newest project called A Home Called Nebraska. Nebraska resettled the most refugees per capita in 2016, and this documentary chronicles a community’s embrace of immigrants from war-torn Syria and Iraq.

New to the panel this year are filmmakers Erin Brown Thomas and Nevin Fowler. Because Salida has a strong circus presence, Thomas decided to present several shorts on aerialists. She says, “I love aerial arts as a form of story-telling − through movement but also through the visual signification added by the wardrobe, location and production design.”

Fowler is a Marine veteran and outdoor journalist who will be showing his newest film, When the Smoke Clears, a documentary about the journey of three veterans through war, tragedy and rediscovery in the outdoors.

On Saturday, the Film Fest continues with another, shorter panel discussion in the SteamPlant theater at 3 p.m. The discussion will center on the production of an upcoming documentary that focuses on the revitalization of small- and medium-sized Colorado towns through the Colorado Creative District initiative. This grant-based program has helped rural communities like Mancos and Ridgway re-invent themselves and is helping larger towns like Greeley and Trinidad transform their underused assets to economic engines.

From 4 to 10 p.m. Saturday, the festival culminates with nine continuous hours of film on screens in both the SteamPlant ballroom and SteamPlant theater. Films will be no longer than one hour and will be shown in one-and-a-half to two-hour blocks. More information, including ticket prices, show descriptions and times, can be found by visiting salidacouncilforthearts.org. 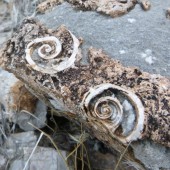