“Any girl can be glamorous. All you have to do is stand still and look stupid.”

That famous quip comes from one of the most beautiful – and brilliant – women of the 20th century.

Austrian-born movie star Hedy Lamarr was an icon of beauty and glamour during Hollywood’s Golden Age and the most popular pinup girl of World War II. But few people know she’s also the “mother of Wi-Fi” for inventing frequency- hopping spread spectrum technology. That technology paved the way for modern digital communications such as GPS, cell phones, fax machines and countless other wireless communications.

Lamarr’s fascinating life story will be presented in a one-woman monologue, “Stand Still and Look Stupid,” featuring actress Emily Ebertz on Thursday, March 8, at 7:30 p.m. and Friday, March 9, at 4 p.m. at Box of Bubbles, 135 E. Second St., in Salida.

Salida resident Jennifer Dempsey attended the original play last December in Denver and wanted to bring the show to the Ark Valley in conjunction with International Women’s Day. Her nonprofit organization, Colorado TINTS, which stands for Theater in Non-traditional Theater Spaces, is presenting the two PG performances at Box of Bubbles as well as a free, G-rated version for students in Salida, Buena Vista and Moffat schools.

“Hedy Lamarr was boundary-breaking in the arts, the movies and her inventions,” Dempsey said. “She had a brilliant mind and was an incessant tinkerer.” Among her numerous inventions are the tissue box and a variation of today’s traffic lights.

The show’s writer and director, Mike Broemmel of Denver’s Theatrix USA, began researching Lamarr several years ago while creating a series of monologues about remarkable women whose accomplishments have been largely overlooked, including Lamarr, Helen Bonfils, Anne Boleyn and Myrlie Evers.

“Hedy Lamarr was a brilliant inventor, a glamorous actress and simply charming,” Broemmel said. “Her technology is what allows the digital communications era to exist. It’s extraordinary that most people don’t know about that.”

Lamarr died in 2000, but Broemmel interviewed Lamarr’s family members, her estate’s attorney and others familiar with her inventions. “Explaining her life is challenging,” he said. “There are parts of her life where I’m left scratching my head,” such as Lamarr’s bouts of shoplifting and the fact that she quit speaking to one of her sons when he was 12 years old. Caught in the image constraints that are placed on women, the renowned beauty spent her last 30 years as a recluse.

Lamarr’s prescient insight into wireless communications was inspired by watching a player-piano, she said. And even though she and co-inventor George Anthiel received a patent in 1941, they gave the technology to the U.S. government, relinquishing potentially billions of dollars in applied technology. But their invention saved countless lives during World War II as the Allies used it to thwart communications on Axis torpedo ships. And in 1962, President Kennedy attributed Lamarr’s invention to technology that prevented nuclear war during the Cuban missile crisis.

Dempsey hopes the play will inspire audiences and honor Lamarr for her many contributions to society. “I want her legacy to be about her brilliant mind and for being a ground-breaking actress and inventor,” Dempsey said. “I want to help people realize that part of her life.”

Tickets to the March 8 and 9 performances are $15 and supply is limited. Tickets are available at Box of Bubbles and The Book Haven. 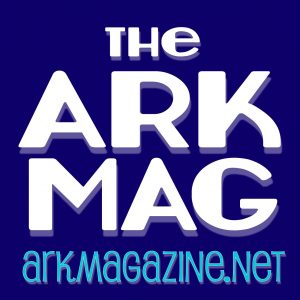